“He talked in a quick staccato manner, so eager to have his say that he often interrupted himself.” ― J.B. Priestley

Someone asked me what I did this week. There were a lot of fires to put out.  I’m not sure everyone really wants to know the real answer to that question. There are socially accepted responses that we all provide that make up the small talk of our lives, “really hot weather we’ve been having isn’t it?” Stuff like that.

I slip at times and start to answer someone with a real story of what I did this week. After watching their eyes roll back into their head I realize my mistake. One of those too much information moments…again. During the summer I was up at work in a mostly empty building. I am also living a solitary life. After a time, I began to pity the people who get trapped in a conversation with me. I sometimes see them looking at their watch, eyes darting out the door, seeking escape. The smart ones would sneak past- pretending to never noticing me at all. 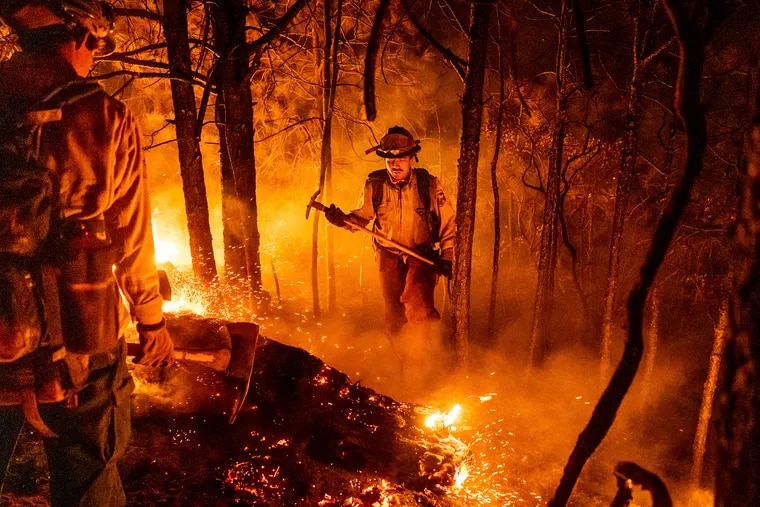 If you sit down and actually make a list of what you did this week, you might be surprised at all the little fires that you had to put out. What was unplanned, urgent, jumped up in front of the well-organized day you had all mapped out. Maybe you’re one of those people who live in such a controlled environment that this doesn’t happen. You’ve anticipated and learned how to keep the little flames from even starting up in the first place. I think I know a couple characters like that.

“Adulthood brings with it the pernicious illusion of control, and perhaps even depends on it. I mean that mirage of dominion over our own life that allows us to feel like adults, for we associate maturity with autonomy, the sovereign right to determine what is going to happen to us next. Disillusion comes sooner or later, but it always comes, it doesn’t miss an appointment, it never has.” ― Juan Gabriel Vásquez

In 1975, Psychologist Ellen Langer conducted research and wrote about the cognitive bias that she labeled “The Illusion of Control.” At some point, most of us fall into this kind of thinking trap. It does make me feel so much better when I’m on top of the mountain instead of scrambling upward all the time. One aspect of this problem can be thoughtlessly choosing easy tasks instead of thinking through to the best choice. Gamblers have another version. They believe that if they keep at it, they will eventually win it all back. Any of us can become the victim of quick fixes or risk taking due to the false belief that we have more control over situations than we actually do.

When I am in occupations that involve people, I end up doing more fire control because people are less predictable and I suffer with that pesky illusion at times.  People, myself included, get themselves into situations where they need help. These are mostly communication oriented fire starters. Misunderstandings about the directions I sent in an email that take me three more emails to help you figure out. See what I mean?? It made perfect sense to me when it was in my head.

Have you thought much about your own fires?

For some, the fires are distractions used to seem busy with the urgent, instead of what is ultimately important about the task. Do you ever unwittingly self-sabotage?

That Illusion of Control will keep you constantly frustrated about your life. Who do you know that can give you permission to not be in charge of everything?

Maybe today’s fire isn’t really that big and can be left until tomorrow? Do you find yourself answering every email the minute it arrives?

Calling it a “fire” and then spending energy trying to put it out may not be what your life is supposed to be about right now.  Is your time on the fire brigade keeping you from investing in the lives of the people around you?