“Every solution to every problem is simple. It’s the distance between the two where the mystery lies.” ― Derek Landy

Before the last year’s cold front blew down to Houston, I was out for a walk. It was late in the evening. Rain was forecast for the next day. Trash pick up was in the morning and everyone had hauled out their junk to the curb. I could see into the lit garages of some houses. Made me feel better, mine wasn’t the only junk pile in the neighborhood. 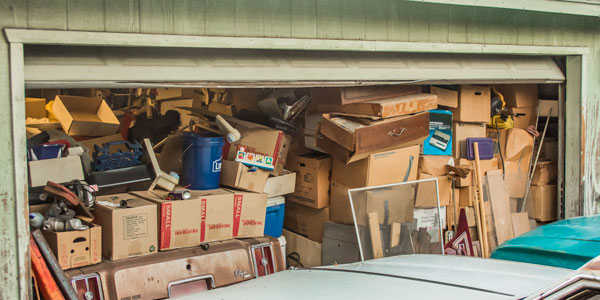 A colleague at work is at the hospital now with his pre-school daughter. They are taking all sorts of complicated medical tests. She has some severe problems that you wouldn’t know if you just met her. Her parents noticed, of course.

What they are now going through makes all the silly problems I think I’ve got seem so trivial. We’ve all had that same experience. Someone shares a private tribulation and you immediately feel guilty for all the petty complaining. Maybe I should quit talking about what’s bothering me.

But it’s important to remember that each one of us has our own set of problems, our own garage filled with junk. It is ours and no one else’s. There’s no point making comparisons. Just deal with your own troubles.

In all kinds of ways, humans make comparisons of themselves with others. We do this because in so many areas, there isn’t an objective standard to use. All we have is each other. Where’s the yardstick to measure problems up against? Who’s is really larger and deserves more sympathy? Yours doesn’t seem so awful because you’ve got so much more experience than I do. This one is really causing me so much pain right now because this is number three in a row.

Making comparisons is almost subconscious for us. The way out is to empathize with all your heart while at the same time keeping your own troubles in a realistic perspective. Don’t feel guilty about having problems or talking about them. That’s how we find solutions. Don’t let comparison chase you into silence because your garage isn’t as junk filled as someone else.

“And once the storm is over, you won’t remember how you made it through, how you managed to survive. You won’t even be sure, whether the storm is really over. But one thing is certain. When you come out of the storm, you won’t be the same person who walked in. That’s what this storm’s all about.” ― Haruki Murakami

One thought on “What’s Junking Up Your Life These Days?”