“The many great gardens of the world, of literature and poetry, of painting and music, of religion and architecture, all make the point as clear as possible: The soul cannot thrive in the absence of a garden. If you don’t want paradise, you are not human; and if you are not human, you don’t have a soul.” ― Sir Thomas More

It’s a small back garden behind my house in the cul-de-sac. My wife had it planned out and landscaped years ago. She “wheeled and dealed” it into existence. When we moved to Houston I did not take the advice of my father-in-law, who had lived here when he was a young father. He urged us to have a sprinkler system installed. Although I had lived in Texas my whole life, I had no idea about the hellish apocalyptic climate in Houston. The years and circumstances took their toll on our landscape and this fall I started the process of making things right.

I had a sprinkler system put in and the overgrown back garden hacked down and replanted. Then the St. Valentine’s Day massacre swept down from the north and killed all that tropical beauty in one blast.  Bag upon bag of dead plants and two tons of leaves were hauled out of the yard Saturday. Finally! I was fearing a neighborhood eviction letter. Mine was getting close to haunted house stage. Now, many of the reminders of that terrible week have been removed. Time to start over again.

This is something I can do while I feel so powerless in so much else of life. As hard as it’s becoming, I’m going to make this belief in my old garden real again.

“Healthy citizens are the greatest asset any country can have.” ― Winston S. Churchill

I did get my first round of vaccination last week. The process was a little like being in a dystopian end of the world film. Herded through a large facility (Houston Community College) now being used for new mass purposes due to a global tragedy like an alien invasion or Godzilla. I and everyone else was lined up at various stations to be sanitized, identified, tagged, inoculated and then observed for side effects.

A local hermit was wandering about. He was impossible to miss. It was very windy outside. A cold front had blown through that night. This guy must have been seven feet tall, in his later 70’s, wearing shorts and flip-flops. What really set him apart was the long tree branch he had fashioned into a staff and kept accidently whacking people with as he stumbled from station to station. He wasn’t used to social distancing – or was so used to it, that having people six feet apart was too close. He seemed to be in a hurry and had forgotten his cap. I stopped worrying about side-effects and just stayed out of the way.

I told a colleague today that getting on the vaccination train helped me feel that life was moving ahead in the right direction. For a year we were all just stuck in time. This has helped me take one step toward making a stronger belief in that future right around the corner.

“There is no such thing as work-life balance. Everything worth fighting for unbalances your life.” ― Alain de Botton

My grandson was riding on his little bike this week. His dad was right behind keeping him upright and pushing. The big lesson was to see if this three-year-old could learn how to peddle while keeping his balance. That’s a lot to do all at once, I thought, as I watched him with his giant smile gleaming so bright. He was mostly afraid of tipping over. Aren’t we all? His mom urged him onward by yelling, “keep your feet on the pedals, daddy won’t let you fall.” Isn’t that what everyone needs to hear, all the time?

So much of my belief making is aimed at the fairy tale of life balance. Don’t you think that right now, a lot of people are living on a tight rope? Feels like riding in a car with the wheels out of alignment. For now, I put on a good song and dream (Learning to Fly).

A couple of times each week I visit my local coffee store. I tell my students that when I was in college I don’t think we drank coffee and we certainly never would have gone to store to buy it in four thousand different iterations. During the pandemic, you can’t fix your own cup of coffee at the store. I’ve taken to ordering a version that’s already fixed for me. You also have to tell them your name when you place an order. For some reason I’ve been using my real name. Usually I make one up in this type of situation. “Bob” is my go-to, easy to spell, easy to pronounce.

The crew working at my local store have been there long enough to remember my order now. It feels good to walk in and have someone call me by name and know what I want – even to have it ready at times before I’ve finished at the register. I can’t really explain why this feels good. It’s a feeling of community experienced in a fast-food environment. I’ll take what I can get.

Almost every time I walk out I ask aloud (but to myself) where my wife is – she was the family coffee drinker and would think it odd that I was there by myself. I pay homage to her memory with tears, still. For just a minute or two each time, I make believe that life is as it used to be.

“There are memories that time does not erase… Forever does not make loss forgettable, only bearable.” ― Cassandra Clare

Home is a different place, missing it’s normal routines. My family has moved away. Daily interactions are separated to be safe. My life as a teacher is less effective and artificial in so many ways. My students seem far away and so am I. Teaching my peers at church every week isn’t right yet either. There is a great deal of make believing, as we all put on the drama of life, yet knowing that we have miles to go.

What keeps me from drifting out to sea are all my friends who are faithful to hear the nudge of the Spirit – I get a text at just the right time, a lunch/dinner will encourage, mundane phone calls will remind me of what really matters and colleagues at work take the time to laugh and push through.

All these souls are a constant reminder of God’s faithful presence – a way to step back and look again at the vast Texas sky.  Those two nights with no electricity sure were cold sleeping, but they are passing away in my rear view mirror quickly. That’s how God’s presence works as well. He reminds us that he’s always been as near as my shadow – even as these problems and pains keep passing by. 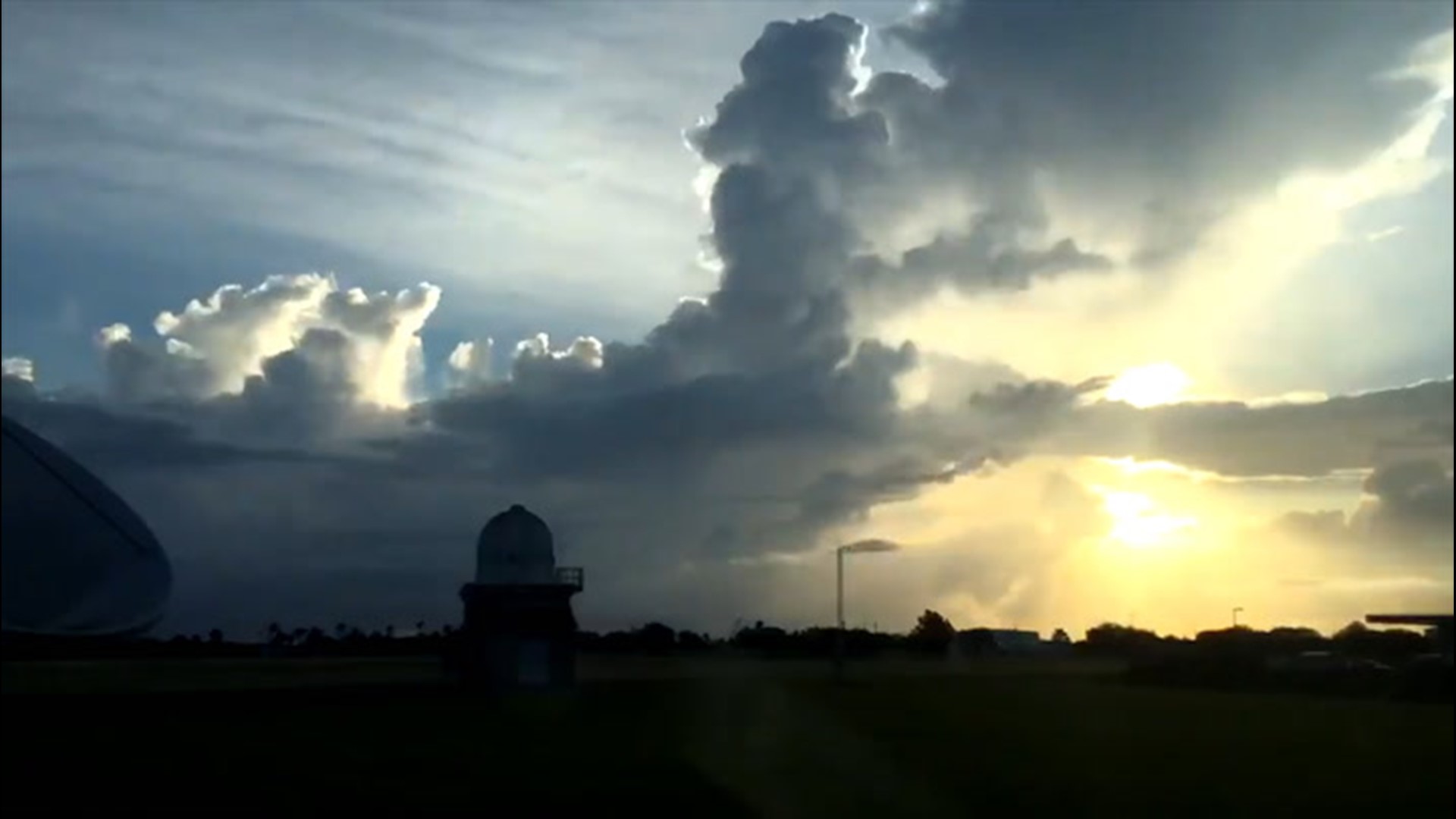 “And once the storm is over, you won’t remember how you made it through, how you managed to survive. You won’t even be sure, whether the storm is really over. But one thing is certain. When you come out of the storm, you won’t be the same person who walked in. That’s what this storm’s all about.” ― Haruki Murakami,

This year of pandemic and fear hasn’t put reality on hold – it is our reality. It is our chance to live out what we believe. I always get the chance to either believe what I’m living or live what I believe. Each and every day is a new “once upon a time.”

Today, as shoes are tied, lunches are packed and coffee is poured, beliefs are made real by our everyday practices. Who do we love, how have we invested our lives and what will we do with each moment. We make believe with every step we take. Sometimes awake, mostly in a dream.

Who you are moment to moment is just a story.  ― Chuck Palahniuk