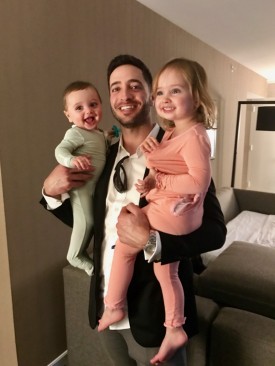 In my family class right now we are studying the phenomenon of fatherlessness in America. I think it’s difficult for most of my students – who grew up without a father – to learn about how devastating this choice has been for children and our society. It’s a personal situation that’s already happened that you can’t do anything about right now. So, we try and focus attention on the future – making thoughtful decisions about our families that are to come.

“I believe that what we become depends on what our fathers teach us at odd moments, when they aren’t trying to teach us. We are formed by little scraps of wisdom.”  ― Umberto Eco (author)

Children in America today who live in fragmented families – without both parents – are more likely to experience:

Our divorce rate is not really on the rise. Living together has become the new norm. Women are waiting longer to have children. The number of children in each family has been shrinking (the White birthrate is now below the replacement level). While most couples who live together plan on getting married, most children in American today are NOT living with their biological mother and father. Single parenthood, by choice is on the rise. When you hear the term “single parent” historically it almost always referred to a single mother. But that is changing – today, single fathers comprise almost 1/4 of all single parent households (in 1960 it was 14%).

“An almost perfect relationship with his father was the earthly root of all his wisdom. From his own father, he said, he first learned that Fatherhood must be at the core of the universe. [speaking of George MacDonald]” ― C.S. Lewis

Sociologist David Popenoe has written that,

The decline of fatherhood is one of the most basic, unexpected, and extraordinary social trends of our time. Its dimensions can be captured in a single statistic: in just three decades, between 1960 and 1990, the percentage of children living apart from their biological fathers more than doubled, from 17% to 36%. By the turn of the century, nearly 50% of American children may be going to sleep each evening without being able to say good night to their dads.

What about our fathers? Are they really necessary? Couldn’t anyone share in the responsibilities of helping to raise children? Childcare workers, pre-school, relatives, friends?

In his book Life Without Father, Popenoe writes,

Fathers are far more than just “second adults” in the home. Involved fathers – especially biological fathers – bring positive benefits to their children that no other person is as likely to bring. They provide protection and economic support and male role models. They have a parenting style that is significantly different from that of a mother and that difference is important in healthy child development.

He believes that there is something unique that fathers provide to families and especially to their children.

What do you think? 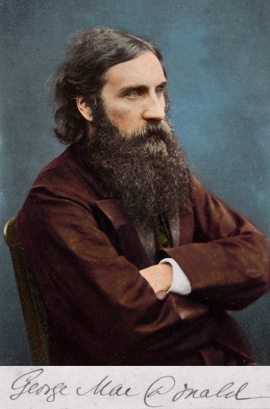 “Then came the reflection, how little at any time could a father do for the wellbeing of his children! The fact of their being children implied their need of an all-powerful father: must there not then be such a father? Therewith the truth dawned upon him, that first of truths, which all his church-going and Bible-reading had hitherto failed to disclose, that, for life to be a good thing and worth living, a man must be the child of a perfect father, and know him. In his terrible perturbation about his children, he lifted up his heart—not to the Governor of the world; not to the God of Abraham or Moses; not in the least to the God of the Kirk; least of all to the God of the Shorter Catechism; but to the faithful creator and Father of David Barclay. The aching soul which none but a perfect father could have created capable of deploring its own fatherly imperfection, cried out to the father of fathers on behalf of his children, and as he cried, a peace came stealing over him such as he had never before felt.” ― George MacDonald

George MacDonald was a Scottish author, poet, and Christian minister.

He was educated at Aberdeen University and after a short and stormy career as a minister at Arundel, where his unorthodox views led to his dismissal, he turned to fiction as a means of earning a living. He wrote over 50 books.

Known particularly for his poignant fairy tales and fantasy novels, MacDonald inspired many authors, such as G.K. Chesterton, W. H. Auden, J.R.R. Tolkien, C. S. Lewis, and Madeleine L’Engle. Lewis wrote that he regarded MacDonald as his “master”: “Picking up a copy of Phantastes one day at a train-station bookstall, I began to read. A few hours later,” said Lewis, “I knew that I had crossed a great frontier.” G. K. Chesterton cited The Princess and the Goblin as a book that had “made a difference to my whole existence.”

Elizabeth Yates wrote of Sir Gibbie, “It moved me the way books did when, as a child, the great gates of literature began to open and first encounters with noble thoughts and utterances were unspeakably thrilling.”

Even Mark Twain, who initially disliked MacDonald, became friends with him, and there is some evidence that Twain was influenced by MacDonald.